0
No products in the cart.
Back To Home

No. There are not 100 billion boxes of Cardinal Health Nitrile Gloves in a warehouse in Los Angeles.

Aside from the sheer space required to store this volume of gloves, or the fact that even holding onto this quantity of gloves is a hoarding violation of the Defense Production Act, the reason that there will never be that quantity of legitimate product is the distributor contract that reads in part:

No. That’s not real either!
 
The owner of a Houston-area nanotechnology firm, 2D Global, was arrested last week and remains in U.S. Marshals custody. He has been accused of defrauding investors into purchasing millions of 3M N95 respirator masks. According to the complaint filed Monday in the Southern District of Texas, Patrick J. Abbott, 56, was charged with one count of wire fraud after arranging a 3M mask transaction with undercover FBI agents posing as investors, which have been designated a scarce resource during the COVID-19 pandemic.

Abbott purported himself to be a long time 30-year client of 3M and had special access and a concierge inside 3M that would shepherd his transactions through. Due to his longstanding relationship, he claimed to have access to 1 Trillion 3M N95 respirator masks. For your reference, this is how many 60 Billion masks is… so imagine 1 Trillion… on the ground… in Houston… Despite this logical impossibility, every day, desperate people fall for it. “(3M) stated it would be impossible for Abbott to have access to 1 trillion masks as it would take the company approximately 909 years (at its current rate of production) to produce that amount,” investigators say in the complaint.

After receiving multiple complaints, 3M contacted the FBI. (Side note: this is why it’s important to always report suspected fraud).

An FBI agent, posing as an interested investor, reached out to Abbott in late August about purchasing large amounts of 3M N95 respirators. Abbott described himself as a government contractor who was given special approval from the DLA, Defense Logistics Agency, to be listed as a “verified” buyer of 3M products.

It sounds eerily familiar… I was on a zoom call with over 100 people being told about a “special” arrangement with 3M to be able to secure virtually unlimited stock, through a special government relationship. On this call they identified a General who was the head of the DLA. The man they referred to was actually the former head of the DLA, and I called a Senator friend, got the retired General’s phone number, and confirmed he had no clue about any of this.  Lesson: never blindly believe anything anyone tells you in PPE. Always verify.

“Abbott explained that 2D is not a ‘distributor,’ but a ‘VIP,’ who has their own ‘concierge’ representative at 3M,” according to the criminal complaint. “This 3M representative walks 2D through the process and helps locate 3M product all over the world.”

Another typical ploy in these scams is the altruistic angle. In this case Abbot told the agents that he did not make money from the mask sales, but “uses the tax write offs at the end of the year by routing it through a non-profit organization,” the complaint said. He said he uses his VIP status to connect buyers to 3M products for humanitarian purposes. He also claimed to have recently sold a batch of masks to Ned Siegel, United States Ambassador to the United Nations, prosecutors said.

Early on I noticed a lot of scams using the UN angle. Near impossible to check, but seemingly legit since the UN could acquire masks… or should have been… however, once I had enough pieces of the puzzle I realized this was also untrue. A quick look at the UN supply chain and you can see that they are actively looking for masks, so they certainly wouldn’t be selling them. And neither would FEMA, in case you think that the government is going to sell any broker a stockpile of masks when the states and hospitals are scrambling for them. Again, logic seems to be missing from this equation.

In this case, the undercover agents agreed to buy just over 3 million masks, a tiny order in the going landscape, at $3 plus 10% (again, 3M doesn’t work with brokers, or sell to anyone but end-users) for a total of $10 million. Abbot used the typical 3M doc pack and 4 step process touted by every broker in every WhatsApp, Facebook, and Telegram group selling PPE.

The most important piece of this story is this: Investigators said that even if Abbott had access to millions of 3M masks, he would still be in violation of federal hoarding and price gouging laws for selling them at $3 each. N95 respirators have been officially deemed a scarce resource by the government. The official going rate is $1.27. No “plus 10%.” And, I have spoken to 4 verified licensed 3M distributors, all have said that they cannot place new orders. Everything is on backorder.

So when thinking about submitting a PO for a large stock of PPE, whether gloves or masks, ask yourself how they acquired the stock? How could it be sitting in a warehouse? And for how long has it been sitting? In one case, the masks were in the warehouse (the first time I’d ever seen that) and it had a legit SGS report (also a rarity to be given a real one), however, one piece of the puzzle the seller missed (and I’m sure he missed it when he bought the lot himself) was the defects listed on the SGS indicate his lot was counterfeit.

In another transaction, we trepidatiously entered into negotiations with a seller who had supposedly real stock, but I noticed that the Sales and Purchase Agreement gave the seller and escrow attorney 100% immunity for everything, even not disclosing material facts that they knew regarding fraud. Also, their escrow agreement dispersed funds upon delivery, not inspection and approval so the stock couldn’t be verified, could be counterfeit, and the buyer was on the hook with no recourse.  I changed the language up and watched the seller lose their mind. Naturally, that deal died. 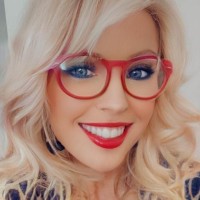 As a mentor to CEOs worldwide, Adryenn is directly responsible for adding significant revenue to her clients' bottom line. Her elite consulting clients cover a broad spectrum of industries, including Healthcare, Blockchain, Entertainment, Artificial Intelligence, and FinTech. Adryenn earned her “high tech priestess” stripes by crashing computers and breaking into banks. With a reach of 110 million globally, she starts conversations global that matter.